Seasons change, even in Go! Go! PogoGirl. I’ve already shown you spring and summer, so let’s take a look at fall next!

Fall is where things cool down after a hot summer, where the leaves turn that nice brown color and cover the ground. Things become a bit gloomy, but in a good way. I’ve tried to recreate this in Go! Go! PogoGirl.

The red sky adds a sense of twilight, while also signaling that you’ve entered the second half of the game, where things are about to get serious. The lush green grass has now turned a light brown, and leaves litter the ground.

But of course the changes are not only cosmetic! Each season in PogoGirl has a unique environmental gimmick. And for fall, it’s wind!

All throughout the fall stages you’ll encounter drafts of strong wind that will carry you upwards. You can move in midair, but the controls are a bit slippery, so watch out! Of course you’ll have to get a handle on them, as you’ll be dodging enemies, collecting gems, hitting switches, and more.

That’s not all there is to the wind, but I just wanted to give you a brief look. The next and final season will (of course) be winter, so stay tuned if you wanna see it! 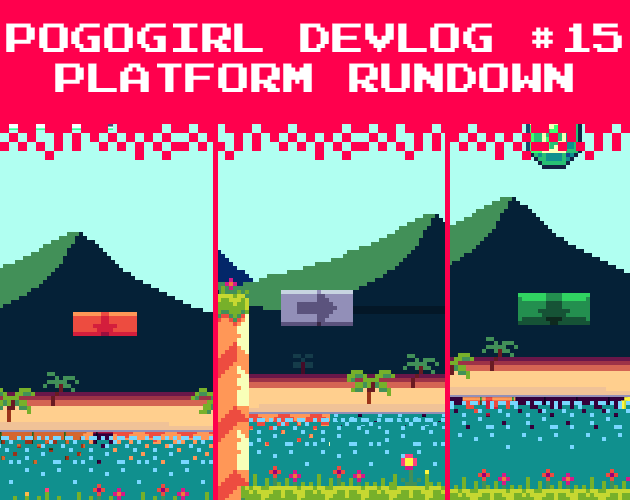 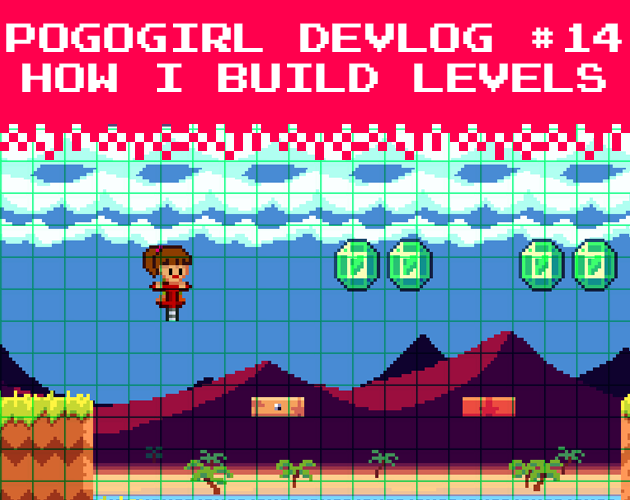 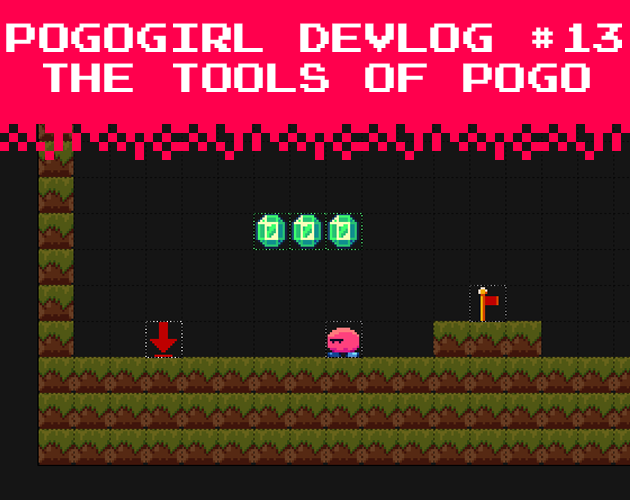