Time for an unwelcome but necessary update: The SGDK tutorials are on hiatus, and probably will be for a long while.

I know that many of you only ever really cared about my Mega Drive coding tutorials instead of my other work, and I totally understand that. But to be honest, I simply can’t keep working on them any more.

A lot has happened these past few years. I got hit with burnout, and my life started flying off the rails. So I had to start fighting to keep it together. And I did: I quit my PhD because I realized I didn’t want to be at uni anymore. I quit the only job that offered me a stable income because it was driving me insane. I started focusing on what is most important to me: Video games. Making a living from games has been my dream, and it still is. And I have to fight for that dream. Because if we don’t follow our dreams, what are we even doing?

A new version of SGDK has recently been released, and it introduced a lot of breaking changes. I knew I had to update my tutorials and source files to work with this new version. I decided to start with my two sample projects on itchio, because people are actually paying money for them.

And then it all went to hell.

Things broke and crashed left and right, nothing was working. Once I finally got the thing to compile, I got black screens. And that’s when I realized: I really can’t do this. I don’t want to do this.

All the stress these past few years has taken a toll on me, and I simply don’t have the capacity to juggle as many things as I used to. And the Mega Drive tutorial stuff is just a bit too much right now. I can barely make time for it, and even if I do, I hardly have any energy to get any work done. And the worst part: It’s not fun anymore. It’s just stress. And that’s no good to anyone. I can’t really teach anyone anything if I myself don’t give a shit. And it’s even harder to teach anyone anything when I break down again because I neglected my health.

So I’m making this announcement to get the tutorials off my chest. It was not an easy decision to make, but I really need to focus. I want my gamedev business to succeed, and that already is way more than a full-time job. Plus, until my games generate enough money, I need to take on translation work to make ends meet. And then there’s the fact that I need to have a balanced private and social life, before burnout hits me again. There’s simply not enough hours in the day, not enough fuel in my tank. And if I do stumble upon some bonus time, I need to spend it on my physical and mental health, as well as my family.

And yes, I could make and sell Mega Drive games. But here is the thing: It’s not viable. I suck at coding for the Mega Drive, and creating games for PC and modern consoles is quicker, more efficient and just more lucrative. If I want to make a living from this — and I do — I’ll have to focus on that. I want to release at least one proper Mega Drive game in my life, but that will have to wait until I have my life, health and business in order. And that will take time.

I know this will probably kill my Patreon. And that’s bad, because it’s been an important source of quasi-stable income. But I’ll have to bite that bullet, as I really do not want to string anyone along. Yes, as I said, I do intend to get back to Mega Drive coding eventually. But it might be months or years. And you really shouldn’t throw money at me for something I’m not actually doing. I will keep my Patreon up so people can support me for my gamedev and other work, and I’ll do my damndest to make it worthwhile by posting exclusive stuff, early builds and all that. And I’ll probably also post the occasional HaxeFlixel tutorial, as that ties into my general gamedev work. But if you only want to support me for my Mega Drive stuff now: Don’t.

So there you go. I know this sucks big time, and I’m sorry. Believe me, for me it sucks even more than it does for anyone else. But I gotta take care of myself, and I simply realized that this is the next step to do that.

I want to thank all of you who supported me for my SGDK tutorials. I’m super proud of what I’ve done, and I’m happy to see that I was able to help so many people. The Mega Drive was my first console, and I’m glad to have contributed to the amazing fan community that sleek little box has fostered. And I hope that one day, once I have my shit in order, I can start supporting it again.

But for now, I’ll need to support myself. I hope you understand.

Be excellent to each other, and party on.
-Ando


PS: The sample projects on itchio are now free, and I’ve already contacted people who bought them regarding refunds. And the tutorials on here won’t go anywhere, so don’t worry. 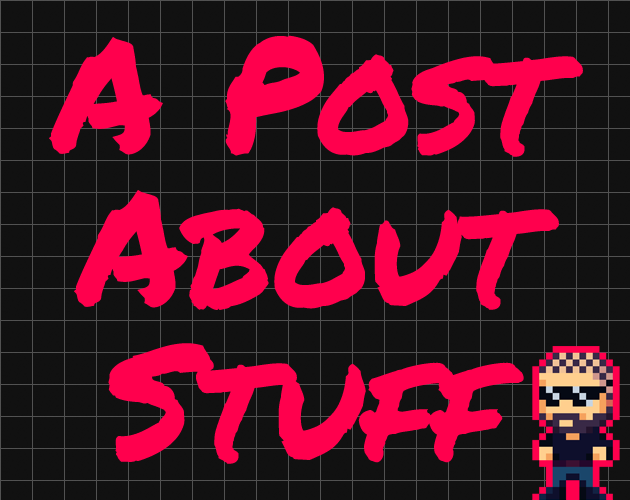