My girlfriend has recently been playing Calico on her Switch. In case you haven’t heard of the game: It’s a sort of life sim where you’re running a café in a friendly, somewhat magical world filled with cute animals. You spend your time exploring the island, cooking new dishes, buying clothes, furnishing your café and room, and talking to the other inhabitants. It’s a cozy and whimsical game. And it’s also jank as hell.

I was sitting at my PC, working away on Go! Go! PogoGirl while my girlfriend was sitting in the other room playing Calico. Every few minutes I’d hear laughter, followed by things like “I glitched up a mountain!” or “My dog’s stuck in the wall!”. Mind you, she was laughing, not complaining. The game sounded like a broken mess, but she was apparently enjoying it. Why? She did pay money for it, and usually you want a good product if you’re forking over cash. Well, after watching her play a bit (and also playing it myself), I figured out why: Jank isn’t always bad. In fact, I’d argue that in Calico, it might even add to the charm.

There’s basically three reasons why that is.

First, there aren’t really any stakes. The point of the game is to relax and to express yourself. There are no fights, meaning glitches won’t lead to unfair deaths. This makes it different from, say, Dark Souls jank, where a wonky boss hitbox can ruin your fight and your day. You don’t have to perfectly dodge incoming arrows; you throw a ball for your pet dog to catch. And if that ball bounces off a surface weirdly, it’s more fun than aggravating. And that aspect of expressing yourself is especially important here. The game lets you place furniture pretty much anywhere, there is no grid or anything like that. This movement obviously comes with some potential jank. But who cares? If you want a shelf stuck half-way in a wall, then who is the game to judge?

Secondly, the jank actually fits the game world. It’s a magical world with pretty loose rules. I mean, you cook by shrinking down and tossing the ingredients into a (now giant) pot. Seeing your pet phase halfway through a wall isn’t really that much worse, when you think about it. Also, the jank can actually help you explore the world. If you’re tenacious enough, you can climb steep mountains, giving you access to areas a more restrictive game would have completely sealed off. It’s a weird world, and the game lets you explore it in a weird way. The jank also just adds general charm to the world, too. It’s fun to watch your dog’s pathfinding freak out for a second when it’s chasing the ball you threw up a hill. And if he sticks his head through a wall of the building you’re in, it’s actually kinda cute. He missed you!

Finally, the game actually encourages chaos. You can use a bevy of magical potions to various effects, such as inverting the colors, making stuff float, and turning animals into balls. You’re supposed to mess around. And a certain amount of jank helps you do just that. Less rules means more chaos, which means more fun. Mostly.

That’s not to say it’s all good. The game could in fact have profited from another QA pass or two. Once, we tried hanging photos on the wall, only to get them stuck inside the wall, because the game didn’t prevent us from placing them there. We couldn’t get them out from either side; they were just stuck in there, like some sort of Photo of Amontillado. And obviously I’m not saying that jank is always a good thing. Usually, you don’t want it in your game. I don’t want it in my game.

But sometimes, if the game’s theme supports it and if the stakes are low, a sprinkle of jank can add a certain magic to a game. I feel like that’s a good thing to keep in mind, especially in today’s world with its unhealthy fetish for perfection, framerates, 4K gaming and ray tracing. Sometimes the imperfect is more fun than the perfect, and I think Calico is an example of that.

Have you ever experienced jank or glitchiness in a game that actually made you like the game more? Or is it always something negative in your book? 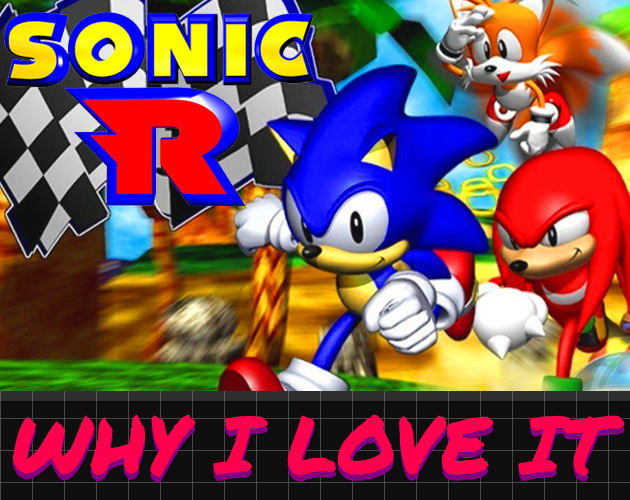 As I’m sure many of you will remember, the original Streets of Rage for the Mega Drive had multiple endings. The real canonical ending has you beat the crap out of Mr. X, thereby ending his reign of terror forever (yeah, right). However, if you confronted Mr. X with a buddy in tow, a new possible path unlocked. A quick refresher is in order. When you confront Mr. X he will ask you to join his organization.